A huge thank you to St Bees Junior Football Club who raised £2,100 for Hospice at Home West Cumbria through the Cumberland FA Race to Wembley challenge. 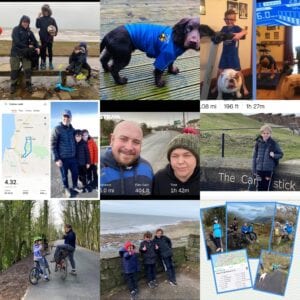 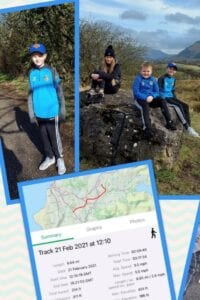 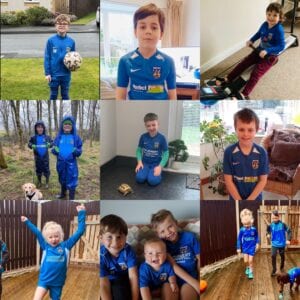 Ben Snowdon and his team at the Cumberland FA organised the challenge to encourage local clubs and anyone connected to Grassroots Football to take on their own Race to Wembley in February!

The challenge involved travelling the 314 miles from the Cumberland FA headquarters in Cockermouth to the National Stadium at Wembley.  This could be done by a variety of different ways including running, walking, cycling or other types of exercise suitable for all ages and stages of fitness.

70 children joined in from St Bees Junior Football Club which included the U7, U8, U9, U11 plus siblings and the U11 parents. They set off on their 314 mile virtual journey on Saturday February 13th, with the aim to finish it on Sunday 28th February. The coaches made a promise that if all teams completed their challenge by the 28th February they would end it with a dip in St Bees Sea! 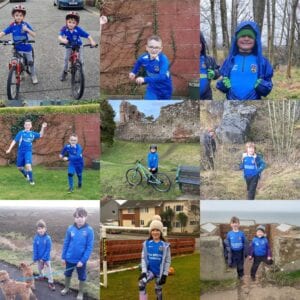 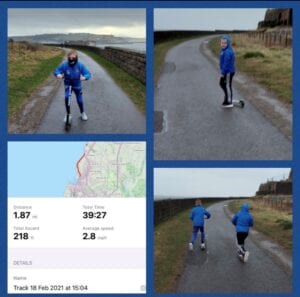 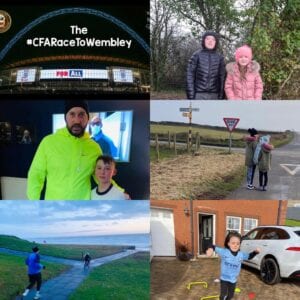 Ben said “We wanted to keep the kids and adults active during these strange times we have been living in, as we know what a positive impact being active can have on your physical and mental wellbeing so decided to organise the Race to Wembley. We chose your charity as most of us know someone who has been cared for by hospice and we know how hard it is to fundraise at the minute.

Once everyone had finished, as promised we took a dip in St Bees Sea on Sunday 28th February. Luckily the sun was shining but it was freezing! Taking part was myself, my wife Cheryl Snowdon, my daughter Eva aged 7, along with a few other of the other coaches with their children and even some grandparents! Due to social distancing measures we all went at separate times during the day, and although it was cold, everyone was in good spirits and it boosted our funds for an amazing charity”.

Thank you so much to everyone involved at St Bees Junior Football club. You have raised a fantastic amount of money for Hospice at Home West Cumbria, which will go straight into our services enabling us to deliver our vital care across west Cumbria – you should all be super proud!