When our Fundraising Team here at Hospice at Home West Cumbria launched an Emergency Appeal to help  bridge the gap in the income due to Coronavirus, local entertainer and Hollywood actor Billy Walker leapt forward to help, and set himself a challenging target to raise £20,000 by the end of the year. No-one could have believed he could exceed that target in just 4 months! 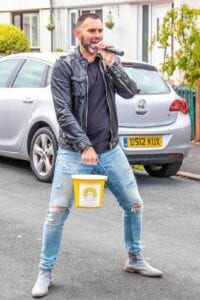 What started in April as an impromptu serenade for his neighbours before the national clap for carers, Billy started getting requests to sing for people who were staying at home to shield from the virus. He also had requests from care homes to sing for residents in their car parks and gardens to bring some joy to some of the most vulnerable members of the West Cumbrian community. With a PA system kindly loaned from Workington Amateur Dramatic Society, Billy gave up his time for free, going out with his Hospice collection bucket and performed over 80 times.

Billy said “When the pandemic started I was feeling really low. My career had to go on a break and I just wanted to do something that would help people in my local community, but also give me focus. I wanted to bring smiles to people’s faces as we all were coping with feelings of isolation and the pressure of the virus.” 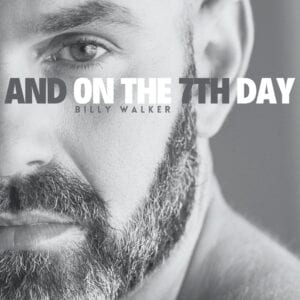 Billy was determined to raise as much money as possible and he decided to give everyone an opportunity to hear his voice in the comfort of their own homes. The talented singer locked himself away at home for 6 days, and on the 7th day, presented a Charity album with all profits going to Hospice at Home West Cumbria. The acoustic album, aptly named “And On The 7th Day”, was released on iTunes and Amazon music, with physical copies stocked around West Cumbria in Tesco and local stores. The album boasts some fantastic stripped back cover versions with duets from Stephanie Fearon and Sally Barker from The Voice UK.

On Sunday 23rd August, after his final performance organised by Bellcare as a thank you to all of West Cumbria’s carers, Billy smashed his target with a total of £20,435. 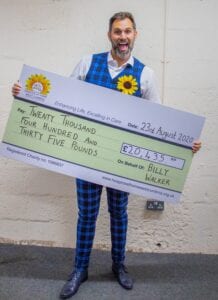 Hayley McKay, Head of Marketing & Income Generation at Hospice at Home West Cumbria said “When Billy told me he wanted to raise £20,000 by the end of the year I told him that was a fantastic goal but a tall order in such a short space of time. I can’t believe he has raised so much in just 4 months! I want to thank Billy and everyone out there who supported him. This donation will make a huge difference to our charity and will go a long way to ensuring the people and families who need us most, can continue to be supported by our fantastic team of nurses and support staff.”

Billy is now embarking on a new chapter and moving away from the area for work but he will be back home later in the year. His albums are still for sale so the total money raised will continue to climb. He said “The experience I have had over these past 4 months has been life changing and I thank every single person who bought a CD, put a pound on the Hospice bucket, and sent me messages of support – it really has been overwhelming. This has been a community effort and I am honoured to have been able to raise people’s spirits and raise so much money for my local Hospice.”

Thank you Billy – you are a superstar!