Here at Hospice at Home West Cumbria, we would like to say a huge thank you to the Berragan family and everybody involved in the ‘Embrace of the legends’ charity football day.

On Saturday 31st July, Moor Row Club hosted the ‘ Embrace the Legends ‘ charity football match in memory of Maurice Berragan and Dennis Grove who sadly passed away in 2020.

Due to the restrictions in 2020, both families were unable to give these legends the send of they deserved, which was extremely difficult. As restrictions began to lift in 2021, family and friends helped organise a charity day and formed two football teams, with Maurice’s team named ‘Mogger’s Blues’ and Dennis’ team named ‘Den’s Gunners’. 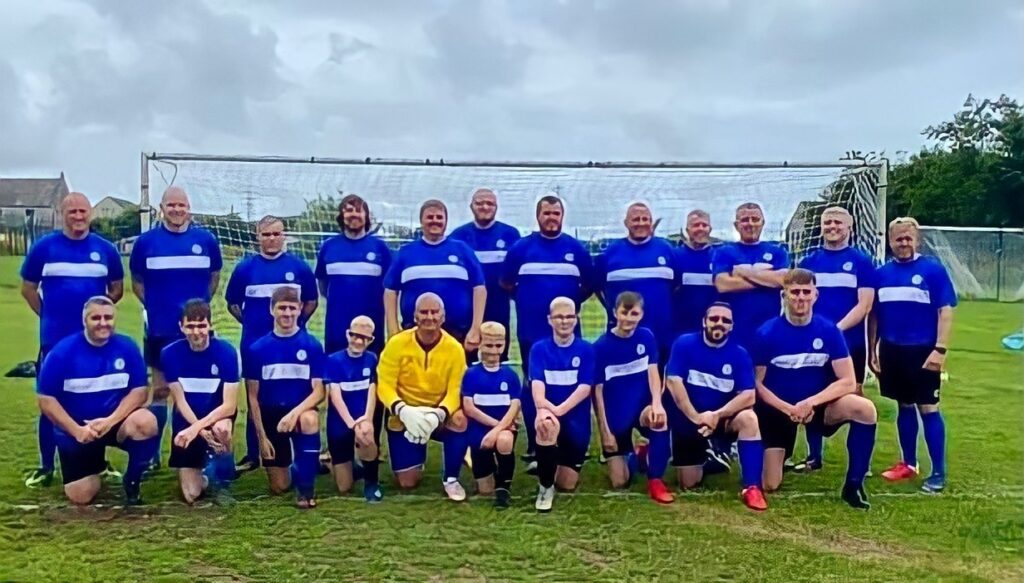 The teams battled it out on the field, with Den’s Gunner’s taking the victory, with a final score of 7 v 4. 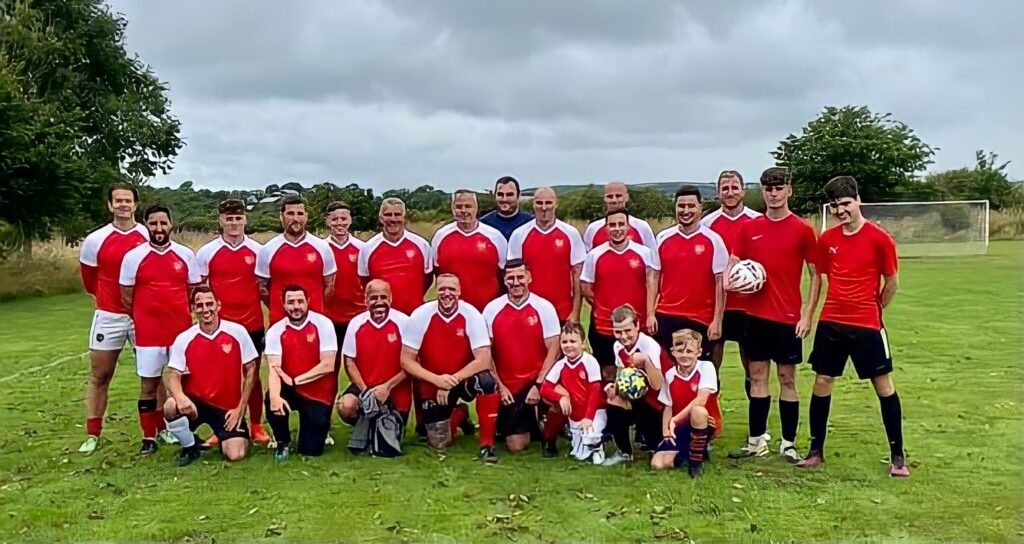 Throughout the day, there was a large raffle, football memorabilia on offer and some incredible entertainment from local talent, resulting in a grand total of £4000. All proceeds were split between Hospice at Home West Cumbria and Egremont Bowling Club, two charities close to the families hearts.

Hospice at Home West Cumbria cared for Maurice Berragan in 2020 and we were touched and extremely grateful to receive an incredible donation of £2000. As a local charity, this donation will help us continue to deliver our vital services across West Cumbria. 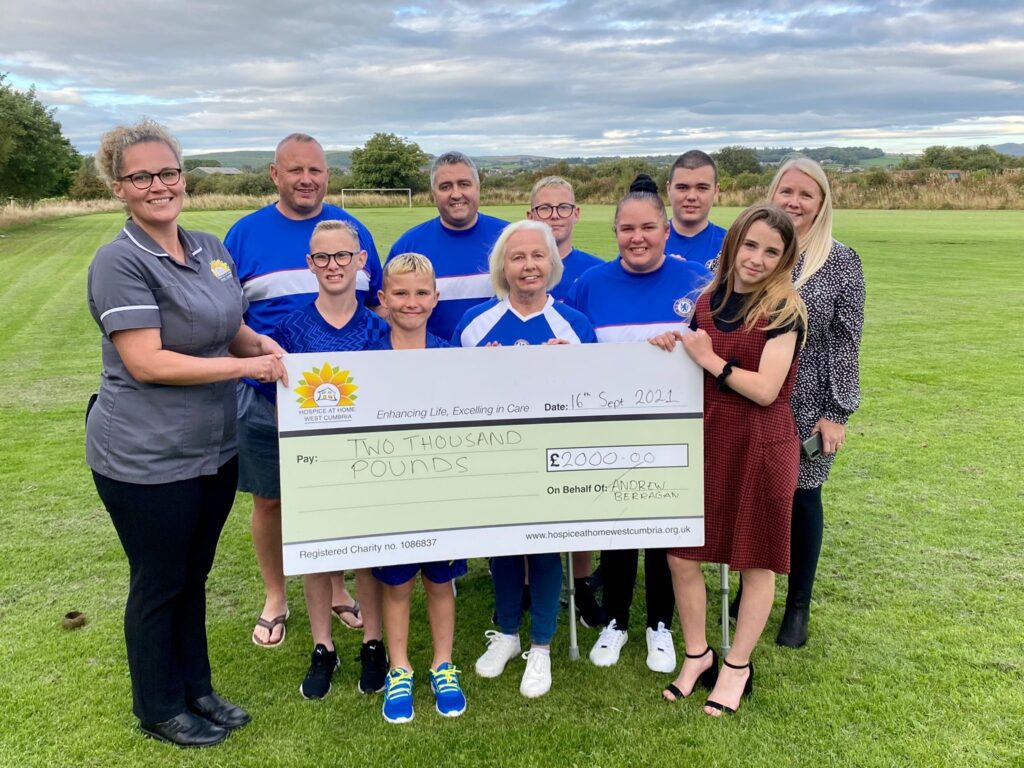 illan, Communications Co-ordinator said “I had the pleasure of meeting Maurice’s Family and friends who presented me with the  donation. It was great to hear some fantastic stories about the day, especially regarding the amount of support they received, which shows the power of community in West Cumbria”.