We were blown away this weekend by the success of the second Cumbria’s Virtual Festival.

The event that was streamed on Facebook Live over Saturday 23rd and Sunday 24th May was just as brilliant as the first back in April, and the combined total from the both festivals means they have raised an incredible £11,526.22!

After the huge success of the first festival, organisers James Cowan, Liam Moorhouse and Stuart Fleming were keen to hold another event, aiming to smash the £10,000 mark.

On this occasion, as well as returning performers from the previous festival, including Amy Morton, Miss Dee and Jenia, they were joined by a further twelve fantastic acts.

All the performers gave up their time for free, meaning that all money raised was to support Hospice at Home West Cumbria. 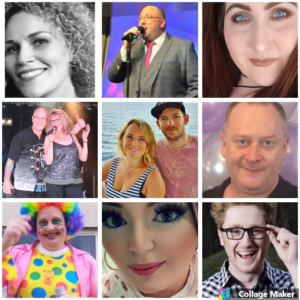 Miss Pearl returned to the virtual stage with yet another fantastic performance and afterwards said, “I’ve loved every minute. A massive thank you to James, Stuart and Liam for letting me be a part of it. It’s been so great to see all the other acts perform, what a talented bunch”

Newcomers to the festival included Megan Smith from Whitehaven who wowed viewers with her vocal skills during her set which included a mass range of different genres.  Another newcomer was popular entertainer Samantha McGarrigle, performing her act “The Ultimate Shania Twain Experience”, performed from her home in Newton Aycliffe which went down a storm with the audience.

Making a second appearance was Logan Paul Murphy who gave another amazing performance of Beatles songs.  Logan said he “loved being a part of both festivals” and praised everyone involved. 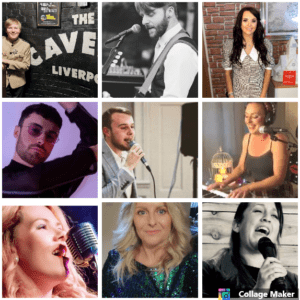 The power of virtual technology meant that could stream from all over Cumbria, including Carlisle, Penrith, Egremont, Cleator Moor to name a few places.  Over the course of the two days, the live streams were viewed over 136,000 times!

Duo, High Dynamics also made a debut performance at the festival. They’re usually found entertaining on cruise ships around the world, but viewers of the festival were lucky enough to be able to see them perform from their own home on the Sunday.

The festival also included our very own Alana Vine, a Lymphoedema nurse for Hospice at Home West Cumbria, who came out of musical retirement for the day.

After her performance, Alana said: “It’s meant so much to so many different people – the charity, who have taken a massive financial hit, Us – being able to put our talents together and break the boredom by doing something to help, and the general public – who need something to get involved with to know they’re not alone as we’re all in it together and it’s okay to have a blast even in this current scary climate!” 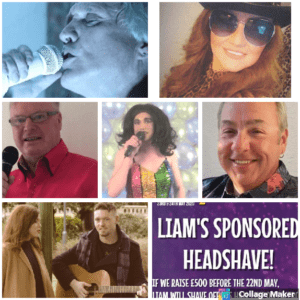 Before the festival began, organiser Liam pledged to shave his head on the Friday if £500 could be achieved in the week leading up to it. Thanks to smashing this target, he looked very different when it was his performance!

Organiser Stuart Fleming who is also West Cumbrian comedy drag act, Stella the Fella brought the weekend to an end at 10pm on Sunday with the usual comedy and songs, and it was at this stage the final total was announced.

Organiser James Cowan said, “We were chuffed to bits with what we raised and want to continue raising funds. We’ll be having a chat this week about what we can do next”.

You can also still contribute to their Just Giving page HERE

Thank you to all who were involved in both fantastic weekends.