We would like to say a HUGE thank you to Angie Frazer from Whitehaven who has recently raised £1,367 for us by organising a sponsored blindfolded haircut. 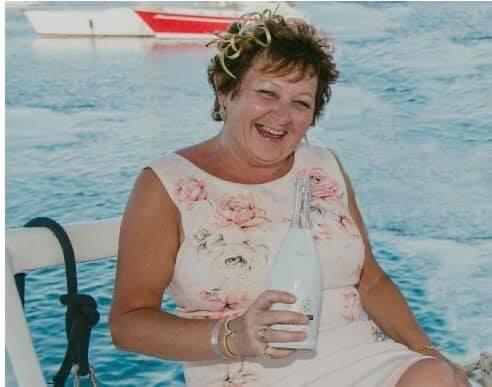 The reasoning behind such a unique challenge, was due to the passing of Angie’s Mam, June Birkett. In August 2017, June was diagnosed with Esophageal cancer at the young age of 58. She battled for 11 months, but sadly passed away in August 2018.

In the final days of June’s precious life, Hospice at Home West Cumbria supported June with compassionate end of life care, as well as Bereavement support for the family.

To show her thankfulness for the support offered to June and her family, Angie began the preparations for her challenge, which was thought of after she had to rectify a child’s hair due to an ‘at home’ haircut.

Angie said, “It has always been on mind to try and give something back to Hospice at Home West Cumbria, but until now I’ve never felt in a position to do so’”. 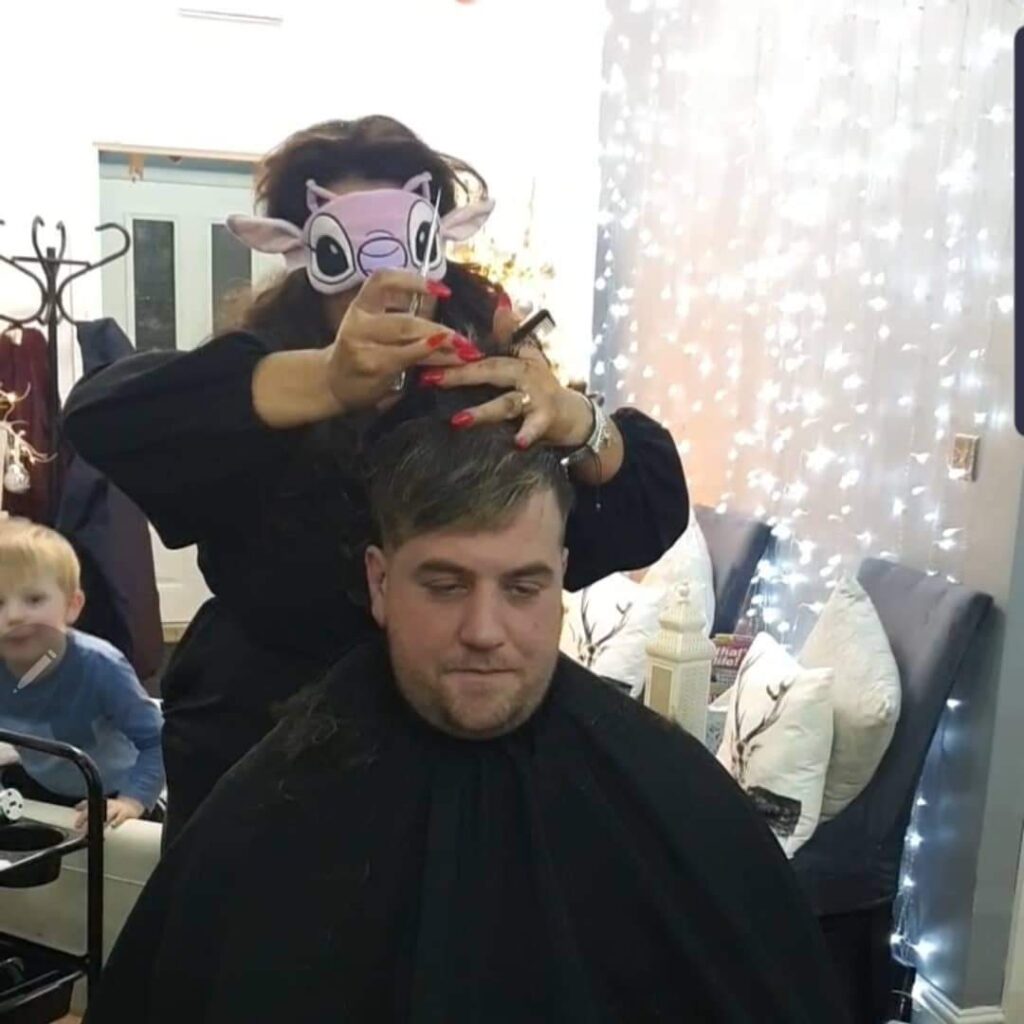 Ryan Prince, June’s nephew stepped forward as a willing participant to receive the haircut to help Angie raised funds for Hospice at Home West Cumbria. Angie set a goal of raising £500, but absolutely smashed her target raising an incredible £1,367.

Angie said “I was absolutely delighted to exceed this by raising £1,367. I’d like to take this opportunity to thank everyone who donated and to give Hospice at Home West Cumbria a heartfelt thank you on behalf of myself and my family”.

Gemma Bell, Fundraising Co-ordinator said “Thank you so much to Angie, Ryan and to everyone who donated to Angie’s challenge. The challenge idea was fantastic, and such a great way to create long lasting memories, as well as raising funds for your local hospice, to enable us to support people who are in a similar position. We are so grateful.”