We would like to say a massive thank you and well done to Alan Jenkinson from Workington, who ran the Great North Run, Manchester Marathon and the Great South Run over the course of two months in 2021, raising funds for us.

Alans enthusiasm for running started back in November 2019, when he was achieving impressive timings at the Cumberland Athletic Club Championship.

Alan decided to set himself a challenge of running two half marathons and one marathon over the course of two months, after being inspired by members at his local Leisure Club, who were discussing the Manchester Marathon 2020. But unfortunately, all marathons were postponed due to Covid-19. Alan didn’t let the postponed marathons faze him, as his eagerness allowed him to continue to train for his upcoming challenge.

Two postponed marathons later, Alan began training in March 2021, following a training plan his friends put together for him. Each week Alan followed the plan, with regular increases of mileage for his body to adapt. 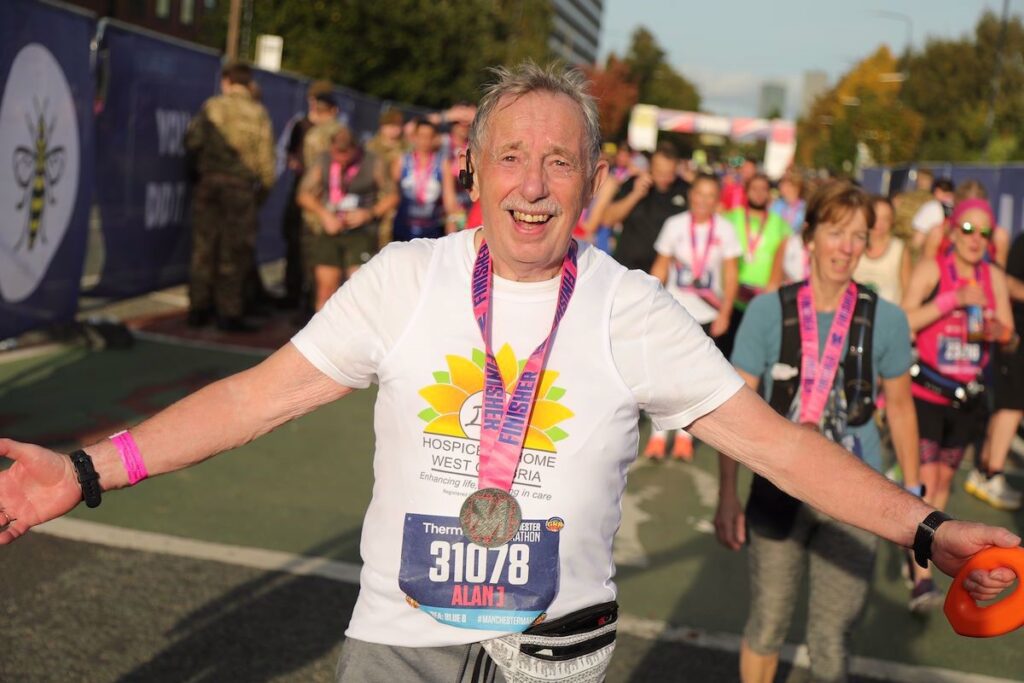 After months of training, Alan began his first run of his three marathon challenge, starting with the Great North Run in September 2021. Alan decided to use this 13.1-mile route as a training run, to prep for further challenges and achieved a fantastic time of 2hr 03mins and 36 seconds.

After running the Great North Run, Alan had only one month to go until the 26.2-mile Manchester Marathon. On Saturday 9th October Alan set off on his run, with a steady approach and remembering to keep hydrated. Alan slightly struggled towards the end of the marathon but was motivated and encouraged by the large crowds – which was a great boost, and he completed the marathon in an incredible 4hr 36mins 40 seconds.

Alan had completed two out of his three running challenges, and just had the Great South Run to complete in Portsmouth. On Sunday 17th October Alan set off for his final run and was feeling particularly unwell in the week running up to it, and didn’t feel much better on the day. However, he was determined to finish his challenge, and was motivated throughout by friends and family at multiple mile points. Alan finished his final run in an incredible 1hr 36 minutes 22 seconds. 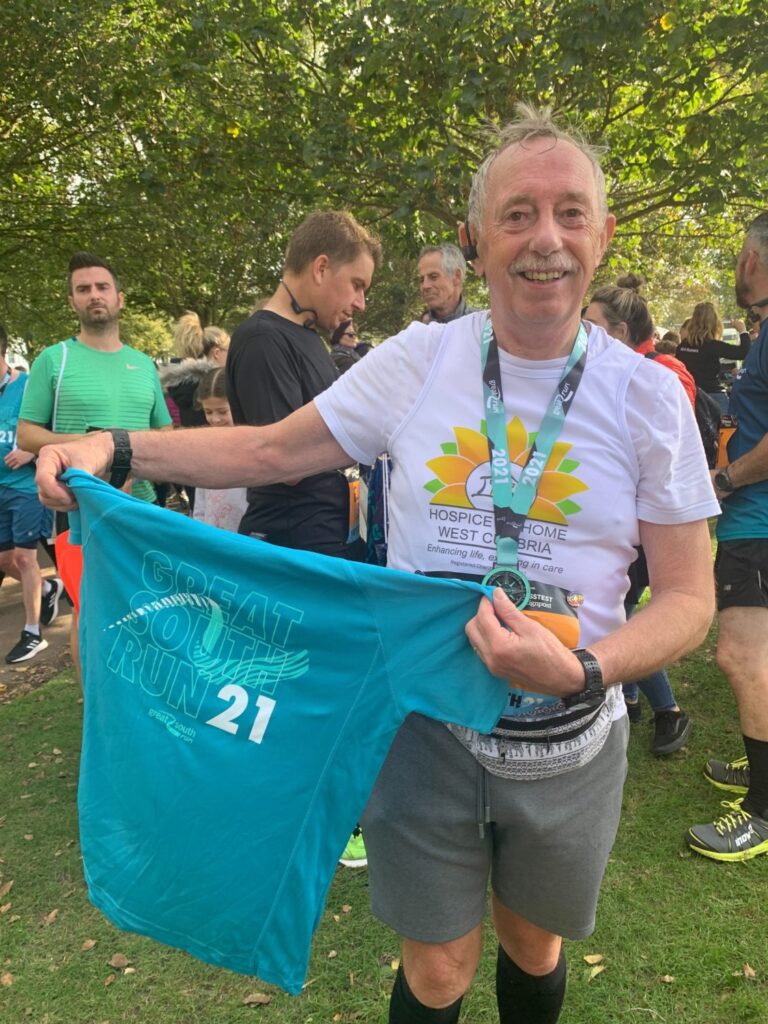 In 2017, Alans Wife sadly passed away, after falling ill and was told her life expectancy would be days, maybe a week. Alan and his Wife met with the Community teams to discuss a plan for his Wife’s care, to which she would be admitted to Rowans Hospice in Portsmouth. However, Alan’s wife sadly passed away 36 hours later. Alan further met with the Hospice team in Portsmouth and seen the nature of work they do and realised that his wife would have received wonderful end of life care, which is why he chose to fundraise for Hospice at Home West Cumbria, with this being his local Hospice Charity.

Ellie Mcmillan Communications Co-ordinator said “Well done to Alan on accomplishing such an intense challenge, you have done your wife, friends and family all proud. The money you have raised is absolutely fantastic and will help us continue to deliver our vital services across West Cumbria”.