We’re a really excited to announce that Billy Walker’s charity album “And On The 7th Day” is now available to buy in local stores! The talented singer and Hollywood actor created this beautiful album in 6 days during lockdown, and on the 7th day, presented it to the world with all profits going to Hospice at Home West Cumbria. 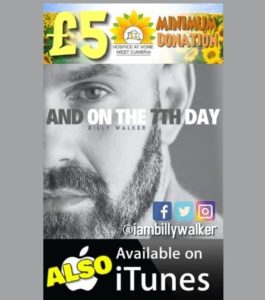 Billy wanted to do something to boost the morale of the local community and decided to fundraise for Hospice at Home West Cumbria at the same time. He initially serenaded one street outside his home in Seaton, but word soon got out and he began to get requests for surprise birthday performances and to entertain staff and residents of care homes which have taken him all over West Cumbria. With a PA system kindly loaned from Workington Amateur Dramatic Society, Billy has been giving up his time for free, going out with his collection bucket and live streaming his performances on Facebook to thousands of viewers. He even spent an afternoon entertaining staff and customers at Workington Tesco! 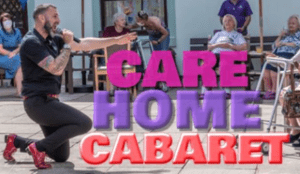 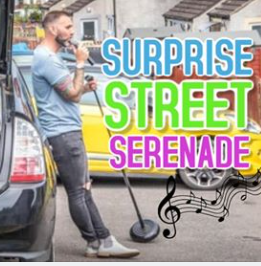 Billy’s album ‘And On The 7th Day’ boasts some fantastic stripped back cover versions including ‘I will Survive’ and ‘Can You Feel the Love Tonight’ with duets from Stephanie Fearon and Sally Barker from The Voice. The album is available to download on iTunes and Amazon music and to buy as a CD at a number of outlets.

Thanks Billy, you really are a superstar!

You can get your copy now at the following stores: 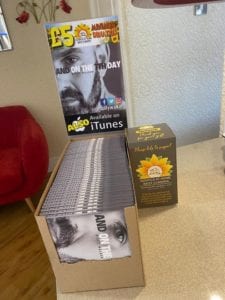